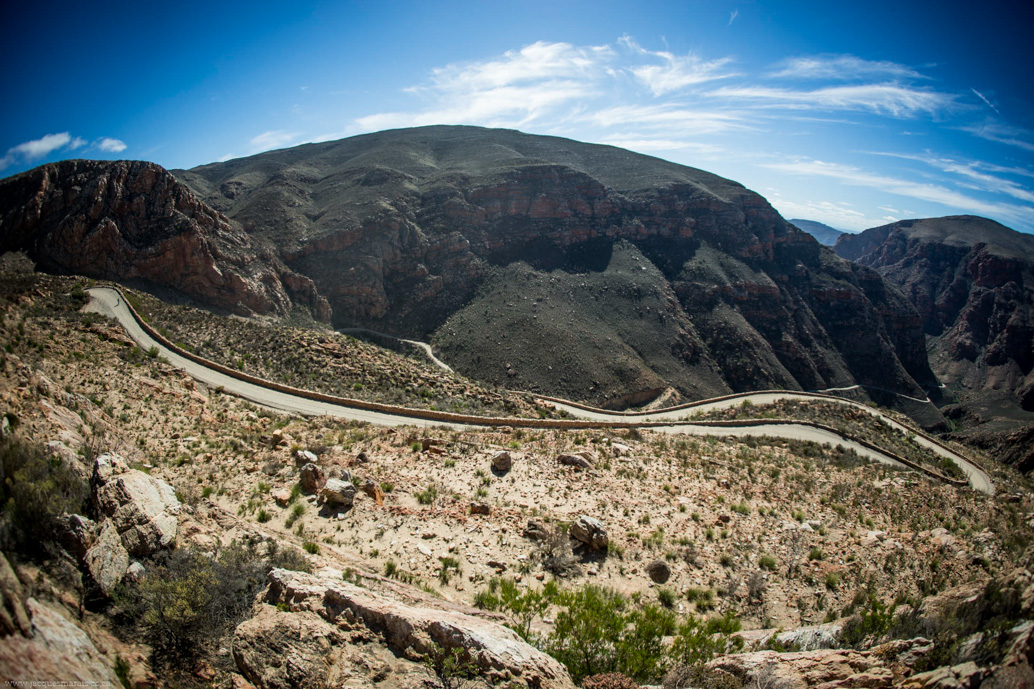 The Rise of Gravel

By Cape VéloSeptember 25, 2018News
No Comments

You need not be familiar with the latest cycling statistics to understand the growing apprehension among cyclists globally regarding bike safety on the road. In South Africa, Stellenbosch-based cycle tour company Cape Vélo believes this is just one reason cyclists are turning to gravel riding; they are also in search of a renewed sense of freedom from traffic aggression and urban noise and a return to the wide, open road.

Founder Jamie Osman says that a marked increase in demand for gravel tours and gravel bike rental in South Africa is in line with rising global interest in gravel riding as the ‘next big thing’. However, South Africa’s existing gravel road network and tourism infrastructure makes it a stellar destination for cyclists seeking sunshine, great food and wine, spectacular scenery and grit!

In terms of land area, South Africa is five times the size of the United Kingdom, but has only 85% of the UK’s population. Its network of gravel roads is extensive, constituting a formal estimate of 750,000 km or 466,000 miles. Some of these are hidden or forgotten back roads that offer an up-close-and-personal encounter with each region’s indigenous vegetation and wildlife while boasting impressive mountainous and coastal landscapes.

While the possibilities for gravel riding in South Africa are literally endless, here are a few of Cape Vélo’s favourites in the Western Cape.

The Swartberg (black mountain in Afrikaans) Pass is located within the greater Swartberg Mountain Range that runs along the edge of a semi-arid region called the Little Karoo. The winding 27km gravel pass weaves up to a summit of 1,538m above sea level, offering jaw-dropping views at every turn and a host of challenging zig-zag bends. Considered one of the most spectacular mountain passes in the world, it has been declared a UNESCO World Heritage Site. Along the way, cyclists may see relics of an old prison, toll hut and other historical sites. 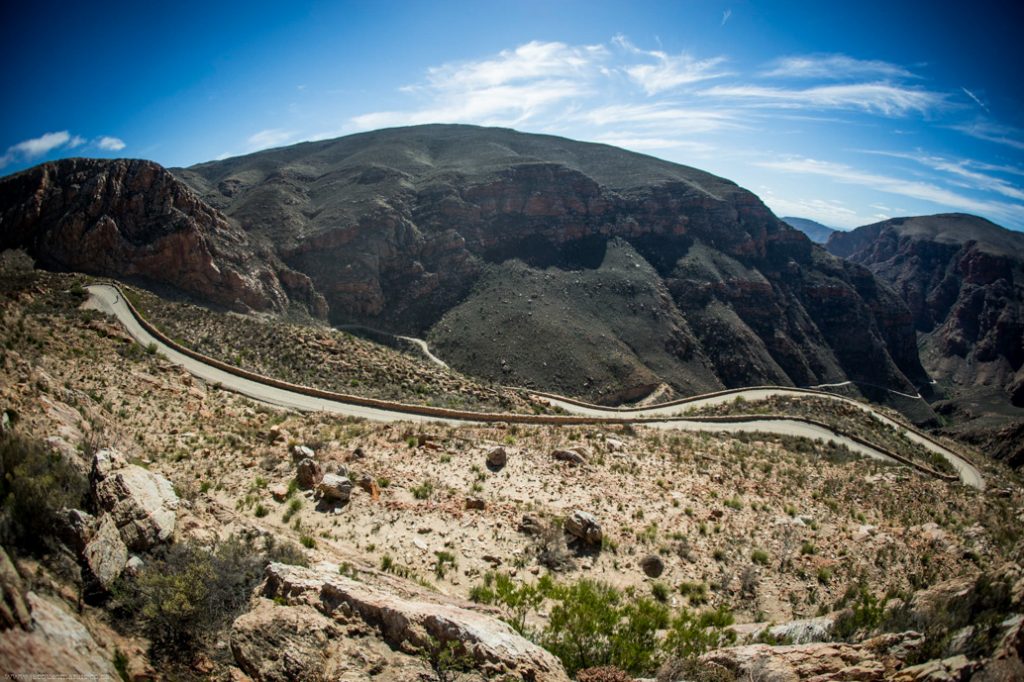 Around 300km north of Cape Town lies the Cedarberg Mountain Range and Nature Reserve, best known for its dramatic rock formations and ancient San rock paintings. A circular route of approximately 250km on gravel will see cyclists ascend to 3,500m in a challenging series of remote mountain passes, giving you a chance to spot local wildlife including baboons and smaller antelope. The Cedarberg is also home to one of Africa’s Big Five, the leopard, although seldom spotted due to its nocturnal tendencies and shyness. In the months of August and September, you can expect to be greeted by a brightly coloured carpet of wild spring flowers covering sections of normally arid landscape. 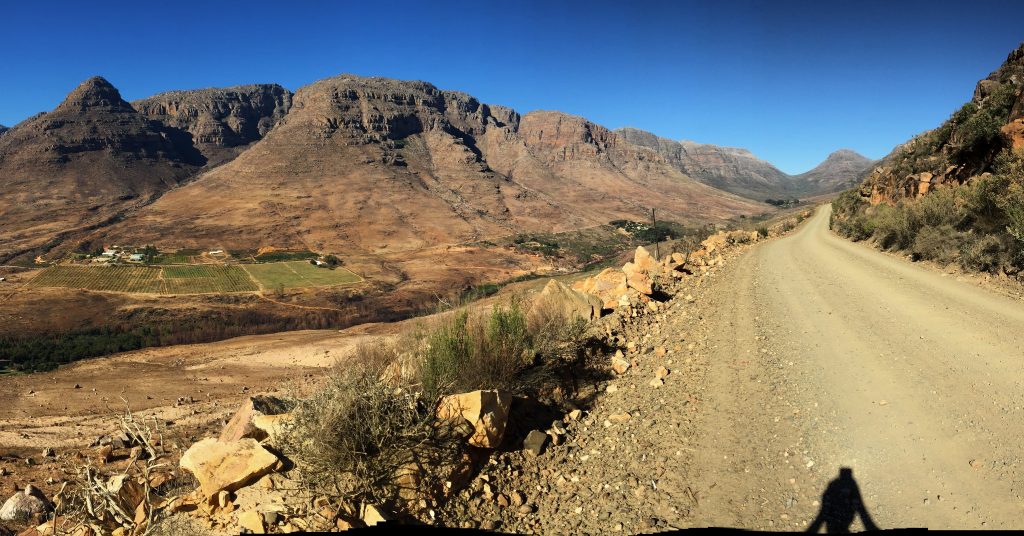 Southern tip of Africa and the Elim Wine Route

Visiting the geographical point where two great oceans meet is on the bucket list of many a traveller. For this reason, we have included a gravel ride at the Southern tip of Africa, which starts at Cape Agulhas Lighthouse and ventures inland to the sleepy hamlet of Elim. A surviving mission station, the village is dominated by whitewashed fishermen’s cottages and fig trees and a scattering of other heritage sites. The region is also one of the Western Cape’s most recently established wine routes, with the Elim Wine Growers joining forces to promote their message of ‘Real Wine, Real People’. A circular gravel route takes cyclists past the vineyards of Strandveld Wines and Black Oystercatcher, but if wine’s not your thing, the continent’s most southerly-brewed craft beer, Fraser’s Folly, is another option!

Your taste buds tickled? If you want to start planning your next big cycling trip down South, there are a few ways to go about it.

Despite what you may have heard regarding crime rates in South Africa, it is not uncommon for visitors to explore its countryside alone, by car, public transport or in the saddle. The Cape Cross Cycle Route is an initiative created by the Western Cape Government, providing cyclists with a multitude of information and free downloadable maps for two predominantly gravel routes in the province. The primary route stretches over 700kms between Stellenbosch in the Cape Winelands to the popular beach town of Plettenberg Bay, at the epicentre of the Garden Route.

If you’d prefer to choose your route and be shown the way, Cape Vélo offers customised cycling day tours and holidays within the Western Cape. Using a fleet of the latest Specialized Diverge Carbon Comp bicycles, gravel guests are accompanied by an accredited guide with local knowledge and expertise. For longer, point-to-point routes, cyclists are also supported by a back-up vehicle and driver, who ensures maximum road safety and transports luggage, additional water supplies and energy snacks. To find out more about MTB, road or gravel tours, contact info@capevelo.com.